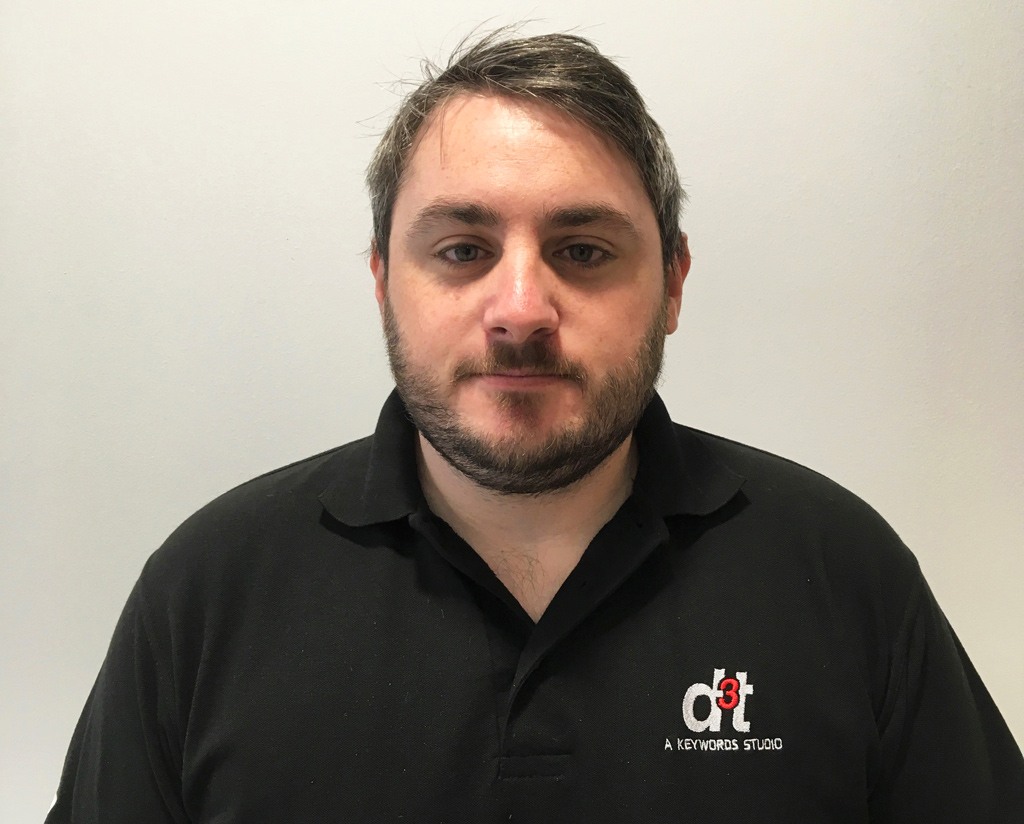 Andrew Richardson joined the d3t team as a Junior Programmer on 22nd October 2018. Andrew tells us a bit more about himself…

During University I took a work placement at the NHS and was offered a job at the end of the placement. Before University I worked several retail jobs for roughly 10 years.

I originally got into programming to make games, but quickly realised I enjoy programming itself, so would have been happy working in most programming jobs.

I didn’t originally plan to go into games development due to many jobs in the industry not being very stable or secure. I met d3t at the Manchester careers fair and their aim of having no crunch and no layoffs in between projects really appealed to me, and the staff at the show were friendly and honest.

I was originally given a programming task and 24 hours to complete it. The task was both challenging and fun. The 24-hour window helped as it allowed me to pace myself and not worry too much about the time limit.

I was invited for interview and interviewed by Scott and Drew. They were both friendly and helped calm my nerves. They told me about projects they had worked on and what d3t are about. The questions were a mix of some usual interview questions and some unconventional ones, but they were never trick questions and It never felt like they were trying to catch me out.

I have an interest in art and play several instruments. I often do art, music and programming in game jams when I get time.If you want to join our talented team, why not check out our vacancies?