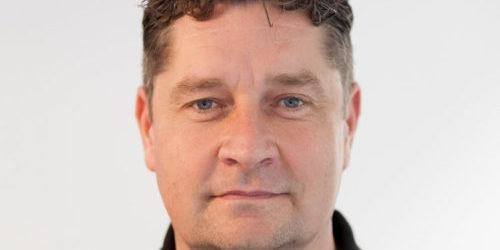 The Cheshire based work for hire software development company, d3t, has expanded its Senior Leadership Team with the appointment of new General Manager, Richard Badger, it was announced today.

Richard will be focusing on business operations, internal processes and improvements, as well as working closely with d3t’s Directors on the development and production side of the business.

Richard crossed paths with d3t founders and Directors Steve Powell and Jamie Campbell several years ago, while working at Digital Image Design, Rage and Juice Games. But it was while working at the BBC that Richard had the opportunity to work with them again, this time as d3t, on CBeebies projects.

The BBC outsourced a couple of projects to d3t and the calibre of their work and team really impressed me. When I saw they needed a General Manager it seemed a natural progression for me. The recruitment process is really thorough, but worth it! I was delighted to be offered the post.

I want to keep driving the business forward, while retaining the vibrant and collaborative culture that I believe is the key to d3t’s success. The team goes the extra mile, not because they have to, but because they want to. It really shows in the work they produce and the levels of customer service offered.

Richard brings extensive experience to d3t. From his beginnings, bedroom coding back in the 80s, Richard went on to gain a degree in Engineering & Computing and a Masters in Software Engineering. Ten years working as a programmer, senior developer, lead programmer and producer for a number of games houses saw Richard work on the critically acclaimed Juice Racing franchise, Xbox Live Lamborghini Racer and Warhammer – Kill Team.

In 2011 Richard joined BBC Future, the BBC’s media division, initially managing development of their iPlayer products across set-top boxes, games consoles and smart TVs, before moving over to BBC Children as Group Engineering Manager. In this role Richard built and managed development, QA and project teams, ensuring the appropriate infrastructure and processes were in place for the BBC to continue to evolve their digital portfolio of websites, apps and games.

We’re delighted that Richard has joined us a couple of days before our fifth birthday. We have grown substantially in the last year delivering a diverse range of projects across the gaming sector, heritage sector and within the wider business community. Richard’s experience will prove invaluable in continuing to take d3t forward.