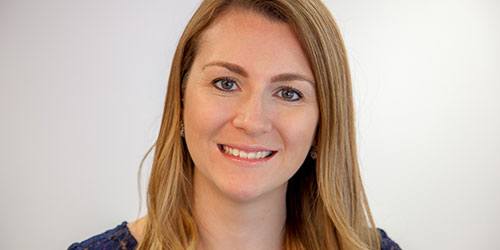 d3t has announced the appointment of Sarah Wenham as Office Manager. Sarah brings to d3t a wealth of experience, in both customer facing and management roles, gained during her 11 years with Lloyds Banking Group.

With a strong customer service background, Sarah was promoted to senior positions in Staff Training and then in Operations. But when she saw d3t’s Office Manager role advertised on their website she knew that was where she wanted to be. Sarah explains,

I have managed teams, worked on a wide range of projects and managed senior management communications, all in a corporate environment. But the time was right for a new challenge and I knew I wanted to get into technology. It’s a fast-paced, exciting sector and d3t has a proven record of delivering right at the cutting edge.

Applying for her first external job in 11 years, Sarah submitted her CV and was invited to complete a capability test based on the role, followed by two face-to-face interviews.

It’s quite a tough recruitment process, but despite its size, d3t has a really supportive feel to it and I was put at ease throughout.

Sarah oversees the whole of the d3t admin operation, leading the office team and maintaining communications throughout the company. d3t is a diverse technology company with a strong gaming background which appeals to Sarah, as gaming is a major hobby.

Not only can I utilise the skills I’ve built up over the past 11 years, but I get to see new advances in gaming on a daily basis!

Sarah is fantastic asset to d3t. We have seen a steady expansion, particularly over the last 12 months, and from day one Sarah has worked to improve and streamline our internal systems. Sarah’s recent appointment, along with that of our General Manager, puts d3t in a very strong position for continued growth.

d3t is a Cheshire-based work-for-hire software development company and will be celebrating their fifth anniversary on 13th July 2016.