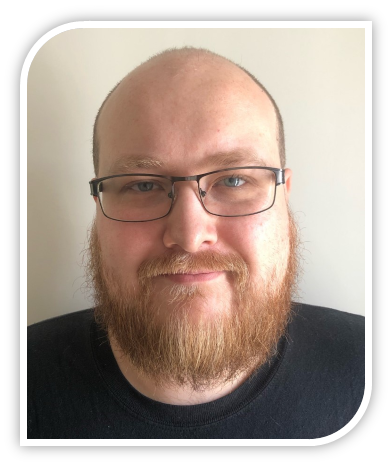 Please detail a bit of information about your experience/career background?

I started in the industry after graduating from university in 2010, spending time primarily at Sony and later TT Games in QA positions.

From QA I progressed at TT Games into a series of Design roles, starting as a Junior Designer and working my way through to running projects as a Game Director. Over the last 12 years I’ve worked on a whole plethora of projects across a huge range of brands and IPs, from LEGO Lord of the Rings to LEGO Dimensions and most recently LEGO Star Wars: The Skywalker Saga.

Throughout my time working on games, I’ve known a few people who have moved to d3t and love everything about it. I also worked with d3t during the development of LEGO Star Wars and so when the opportunity arose, I already had a positive view of what to expect from the company and people.

What do you love about games?

Working in games, I like being able to be a part of people’s life experiences in ways that you can’t imagine or ever plan for.

Games can ignite a series of emotions in players, bringing people together to share a moment, being conversation starters, giving people a moment of respite from their day-to-day, or being entire events that people plan around and cater for.

Personally the thing I love most about games is the world building and exploration. There’s nothing better than delving in to a new world with its own history, lore, politics and cultures to learn and understand.

What games are you currently playing, and what is your favourite game?

That’s quite a question!

At the moment I’m playing through ‘Tiny Tina’s Wonderlands’, ‘Horizon Forbidden West’ and ‘V Rising’ with a sprinkling of ‘Phasmophobia’ here and there.

My favourite game however is a complicated answer!

The game that really started it all for me and got me well and truly into games was Ocarina of Time. Alongside that I have a whole series of games that I’ve adored over the years for various reasons, such as AvP2, Fable, Portal, Persona 4, The Witcher and the God of War series.

I also have to give shout outs to games like Destiny and World of Warcraft that I’m continuously playing in the background as games that I always fall back on to. They’ve kept my attention for 8 and 15 years respectively, so they must be doing something right!

Do you have any fun facts or hobbies?

As with many these days, I play a bit of D&D as well as a few too many games.

I also have two dogs, a Siberian Husky called Captain and a Cocker Spaniel called Belle.

(For any fans of Brooklyn Nine-Nine, having a dog called Captain Holt was purely coincidental and something that I didn’t realise until his named was called out at the vets the first time!).