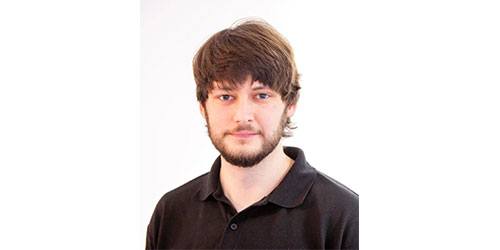 Craig Richardson joined the team as Junior Programmer in October 2016 and tells us a bit more about himself and working at d3t.

Most of my previous experience before working at d3t was as a student. I studied for a BA in Games Development at the University of West London before completing an MSc in Software Engineering at Teesside University. During my studies I managed to find contract work as a freelance Flash games developer, my biggest client at the time was a company called Spil Games.

I’ve always been interested in games development and programming, but it’s the wide range of varied projects that really attracted me to d3t. So far here I’ve worked on a large codebase for a big game project as well as building the interactions for the CBBC 2016 advent calendar. That variation means I’m picking up a wide range of skills and it keeps things interesting.

The recruitment process was great. I was asked to complete a programming test that involved adding new features to a small 2D game and it was a lot of fun. They were also very quick to get back to me after the interview.

Interesting facts we should know?

My very first taste of games development was around the age of 12 when I managed to get my hands on a now very old version of the Unreal Engine. I spent a lot of time at that age happily building my own environments including forests, caves, jungle temples, and space stations, all complete with secret rooms and death traps. Imagine how surprised I was when I found out that what I’d been having fun doing was an actual job!