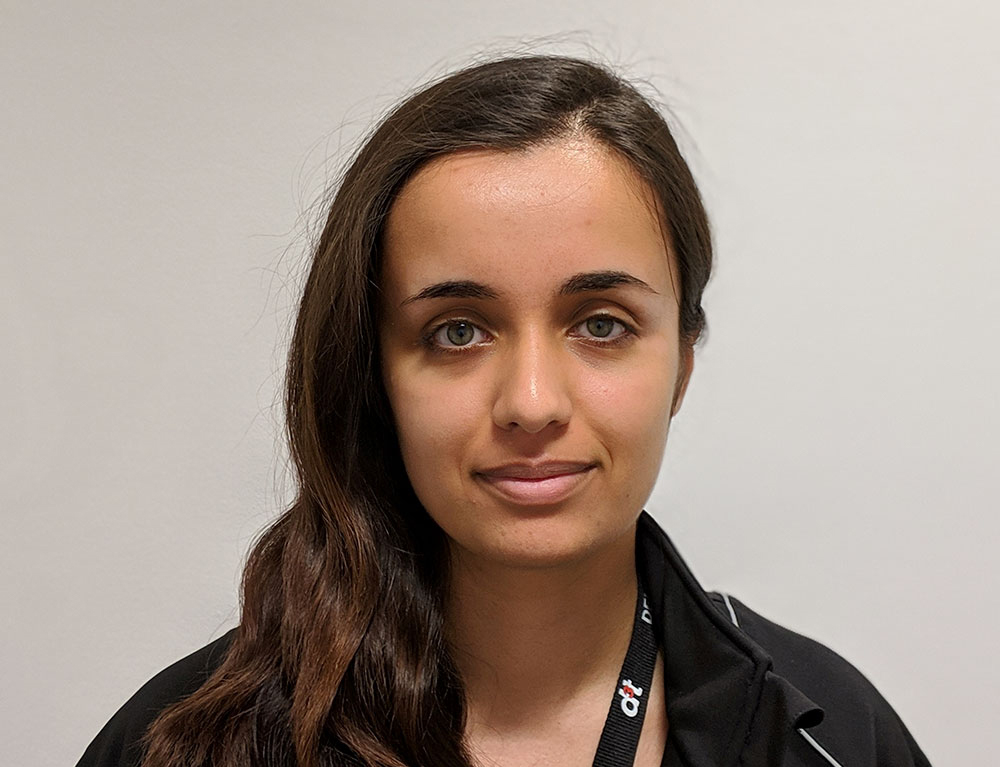 Tamsyn Hastings joined the d3t team as a Production Assistant on 1st April 2019. Tamsyn tells us a bit more about herself…

After completing my degree, I was lucky to meet the company director of a small indie company, Atomicom, at the Media Week at the International Business Festival in Liverpool. Hired on as QA tester and then later promoted to Junior Level Designer, the environment of the company allowed me to dabble in other job practices during my time; PR, HR, project management and general design work as and when needed. I was never solely working on one task or for more than a day and constantly having to swap between projects if we were taking multiple things on at once.

I’d been told in the past that d3t was a great place to work at; good people, great work environment, and because the company works for hire there’s the opportunity to be able to work on a range of projects – great for CV’s. When I had a look at the website and learned a bit more, I had that moment of: “Okay, this place is pretty cool.” and applied for my current position.

As far as I was aware, and believed, I handed my CV in relatively late and so was concerned that I had missed the deadline for the job. It didn’t take long after submission that I was given a response and a project management test. As it stands it’s been one of the more enjoyable tests I’ve done, and within the week I was asked to come into the studio for an interview. Must’ve done something right if I’m here now.

Generally, everyone I was in contact with at d3t from day one was incredibly friendly and helpful, you could ask them any question that came to mind even if you thought it may have been a little naïve – definitely an overall positive recruitment experience.[vc_single_image image=”5640″ img_size=”full” alignment=”center”]

If I hadn’t gone into working on games, I would’ve joined the RAF.If you want to join our talented team, why not check out our vacancies?