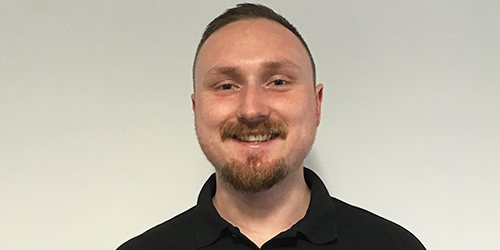 Adam Meredith joined the d3t team as a Senior Programmer on 17th July 2017. Adam tells us a bit more about himself…

I have 8 years’ experience in multi-platform programming C++ in the games industry, including an Xbox One launch title and have worked at SG Gaming, Team17 and Zoe Mode.

I have a wide range of experience in different areas of programming including gameplay, AI, physics, UI, online/networking technologies, audio, motion tracking and title certification requirements.

I wanted more challenging work than I was currently doing, and a greater variety in the projects. I also wanted to work on console games programming again after working in the gambling sector. After my initial interview, d3t seemed like a good cultural fit for me as well.

Not long after I had decided it was time to change companies, an interview with d3t was set up to talk about my experience and see if I was a good cultural fit for the company, and then I was sent a technical skills test to complete at home.

At work, I like adding new features to projects – making stuff happen. I want to create things that I find cool and people enjoy. When I’m not at work, I like walking my good, good dog, playing tabletop games, and nights out in Manchester.