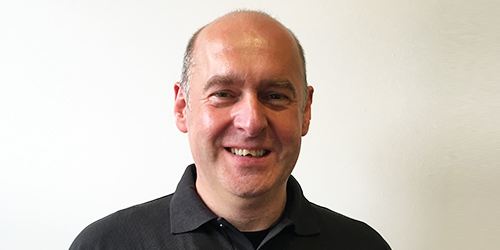 We welcomed Steve Monks to the d3t team as Principal Programmer on 2nd October 2017. Steve tells us a bit more about himself…

I’ve been a game developer since the 1980’s credited on over 30 published titles while working for several big name companies including Bug Byte, Digital Image Design, Travellers Tales, Juice Games, THQ Digital and Team17 in a variety of lead and senior roles.

I’ve known the founders for a very long time and carried out quite a lot of contract work for them in the early days. The broad spectrum of work undertaken by d3t suits my cross discipline / cross platform skills and experience perfectly.

Very smooth. Having worked extensively with the d3t team in the past I was invited to join and said yes.

I’m a keen ice dancer and competed for several years in the couples free and pattern dance categories at the British Adult Championships. I’m also a keen fellwalker and landscape photographer.