What do Phil Owen and d3t have in common? Both were born and raised in Cheshire, Cheshire. So, it seems only right that Phil now holds the key role of d3t’s Head of Engineering!

After gaining 5 ‘A’ Levels, Phil secured a place at The University of Salford, graduating with a Bachelor of Engineering (BEng) in 1994. With a love of gaming and a keen eye for detail, Phil began his career the same year as QA at Digital Image Design.

Over the next five years, Phil progressed through roles at DID, moving to Rage Games in 1999 where he stayed for over 3 years, becoming Lead Programmer. The next 15 years saw Phil hone his craft and develop his extensive skillset via Warthog, Gizmondo, Juice Games and then TT Fusion where he worked for 11 years, progressing to Head of Programming.

An industry veteran, Phil had known d3t founders, Steve Powell and Jamie Campbell, for many years and had followed d3t’s considerable progress with interest. So, when the position of Head of Engineering was advertised, Phil felt it was too good to ignore.

Phil thrives on challenge, variety and delivering excellence, so the diverse combination of projects delivered by d3t keeps him engaged! He is also committed to discovering new talent for the growing d3t team and is now taking the lead on d3t’s graduate recruitment strategy.

In his spare time Phil is an avid gamer with Dark Souls, GTA and Red Dead Redemption 2 counting amongst his favourites. Phil also loves football, beards and loud shirts in equal measure. 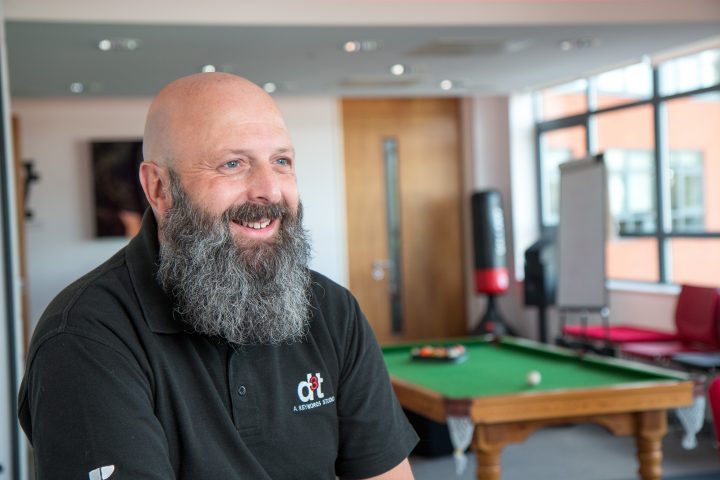