Sony wanted a brand new way to play Super Stardust in VR. The game, exclusively for PlayStation® VR, had to be recognisable as part of the Super Stardust universe, but bring the arcade gameplay into a whole new perspective. An important aspect of this project was to incorporate online leaderboards, enabling players to compete for world domination.

The project was started in the relative infancy of modern VR, and so learning the best practices was an on-going process throughout development. Of course, when new findings and research were published, we altered the design to incorporate the latest thinking.

Even though we already had a good understanding of VR from Super Stardust Ultra, Invasion Zone presented some unique challenges arising from the new point of view the player enjoyed. For example, we had to bring the planes lower and lower until they were easier for players to spot, as well as giving them a particular audio accompaniment to give the player greater spatial awareness. The new viewpoint gives the player a hugely intuitive “look to aim” mechanic – being accurate has never been easier or more rewarding!

It is relatively uncommon for VR games to feature fast movement, especially close to the ground. We therefore had to put extra effort into ensuring the experience was as user-friendly as possible. Maintaining 60fps was critical to this, which required some clever manipulation of the legacy engine on which it was made.

Having now worked on numerous PlayStation® VR projects, d3t is well positioned as an expert work-for-hire VR developer, able to bring considerable experience to this new and exciting field.

Invasion Zone manages to tread the line between fast-paced arcade gameplay and modern VR. Using the visual language of the standard version – the appearance and behaviour of the enemies – it enables players to experience an exciting shooter in an entirely new way. 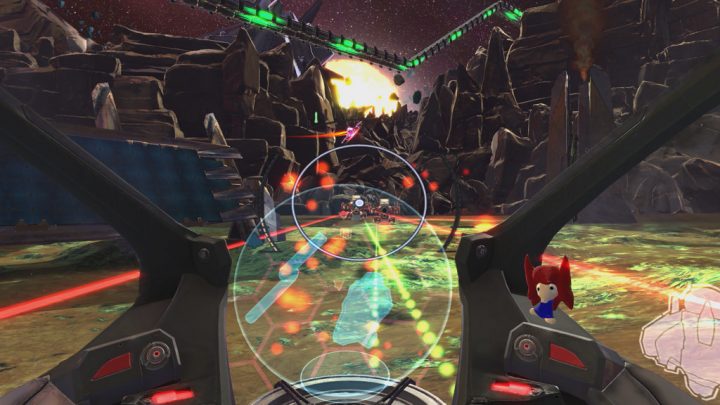 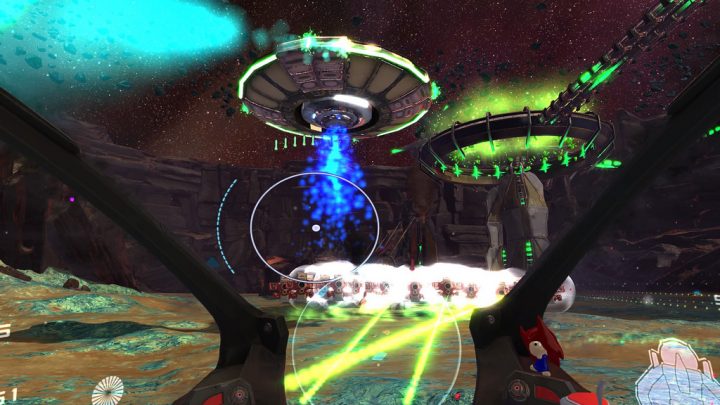