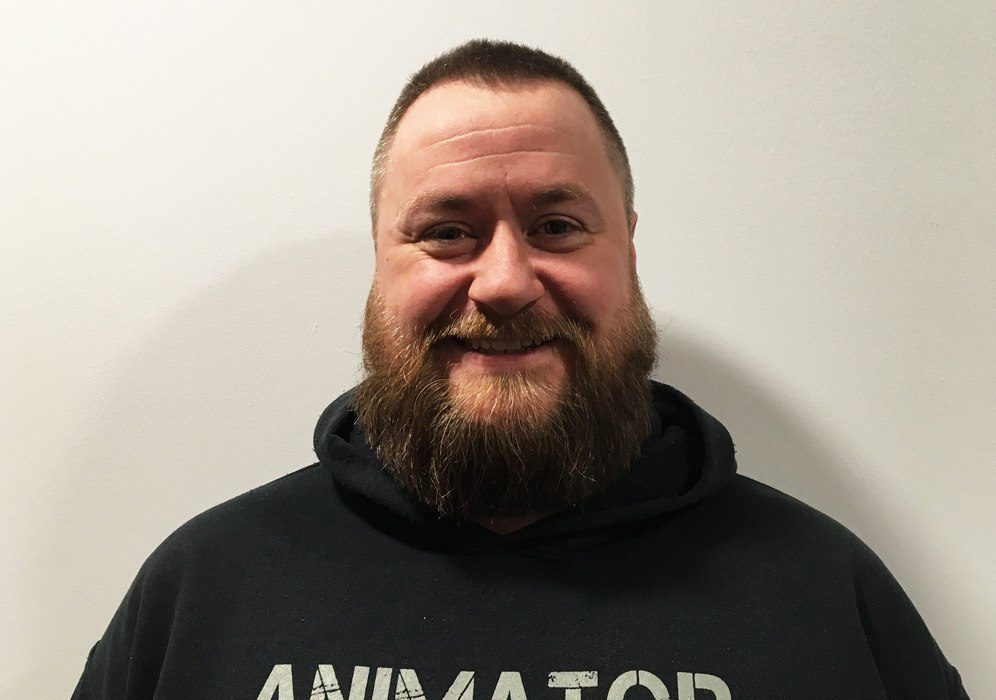 Talib Kadhim joined the d3t team as Animator (he prefers Lord of Animation…!) on 3rd December 2018. We asked Talib to tell us a bit more about himself and he responded in his own unique style!

I have been in the industry for around 15/16 years as a 2D/3D Animator and director, mainly in broadcast animation. Working with companies such as Nintendo, BBC and Nickelodeon. Most of my stuff throughout of my career has been cartoony stuff (I’m not ashamed, I love cartoons). After a while I managed to blag my way into a games company, TT, and worked on several of their Lego titles. And now I’m here!

What immediately jumped out was that I would have the responsibility of being the only in-house animator. This will give me the chance to put my stamp on the anims, whether they be realistic or cartoony.

The other thing was the diversity of projects…not just Lego.

Quick! Found out about the gig on a Thursday, interviewed on Friday, chilled on the Sunday (sorry) and I was offered the job and accepted on the Monday.

Tell us some fun facts about yourself.

There are no fun facts about me…I’m not fun…My name is Talib, not Taleeeeeb and I’m half Iraqi. I’m a nerd, I like comics, games, animations, the usual…ooh ooh I played ice hockey to a pretty high level, but now I’m old I just do Tae Kwon Do. Food is definitely my driving force. And that’s why I’m a fat man!